Baring occasional exceptions, knowledge is now universally recognised as the most critical tool of empowerment.

Knowledgeable people and knowledgeable societies are more likely to be happier, healthier and more influential.Number of universities in a society, research papers produced by it, Nobel prizes won by them... can be reliable measures of the extent of knowledge commanded by a society.Going by this yardstick Muslims unquestionably rank the least and the last.The number of universities that the entire Muslim world has is less than those present in India alone.Nobel prizes won by Muslims in the fields of knowledge have not touched two digits and amount to no more than a fraction of those won by the Christians and unbelievers.The global Jewish population is barely 2% of Muslims and yet the knowledge Nobles won by Muslims are barely 5% of those won by Jews. Prorata that is several thousand times larger.Even Hindus won more knowledge Nobels than all the Muslims of the world.The point of writing this today is to highlight the critical state of knowledge in Muslim societies.Unless Muslims wage a war against ignorance, illiteracy and fundamentalism they are bound to end up at the bottom of social hierarchy the world over, doing menial work, consuming minimally and commanding least attention.For this it is important to avoid landing into controversies, unrest, insecurity and war, and to converge all resources and energy in the pursuit of knowledge - specially in the sciences of the day 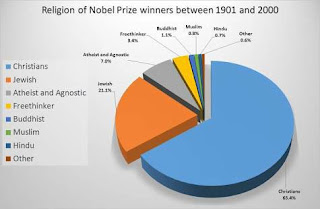 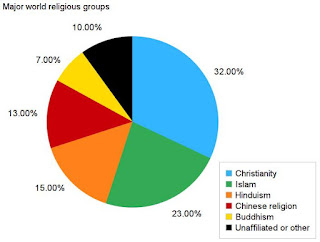 Posted by Prachi Khokhara at 12:43 PM